The green dragon stretches its paws,

With the left one following the right.

The paws roll and tumble along the hypochondrium, —196—

The right braves the wind forward, And the left "cloud gate"is exposed.

Qi is fixed in the shoulders and back, And the waist and abdomen twist.

While uttering "xu"gently, The breath is regulated

And the movements of dragon and tiger are imitated.

Proceed from the last stance. Withdraw the left foot back to stand with feet shoulder—width apart. Turn the left palm to face floor to form a "dragon paw" (the joints of the fingers bent, the centre of the palm "empty" and round). By force of the waist, draw the left hand backwards with the elbow tip in the lead; at the same time turn the right palm to face floor and into "dragon paw". Take advantage of the backward drawing of the left hand, stretch the right hand leftwards as if to brave the wind and the wave, to open left the Qimen (Liv 14) and Yunmen (Lu 4) points and close the right ones closed. As the left hand draws and the right stretches, turn the waist and abdomen correspondingly and relax them as much as possible, by which the Dai Channel (Belt Channel) can be trained to be as flexible as silk and its tightness moderate (Fig.4-18).

Then withdraw the right hand and stretch the left rightwards in the same way mentioned above. Whichever hand is being stretched forward, one should utter "xu"in cooperation ajsd should turn the head and neck along with the movements ai" the hands. Do the exercise for 6 or 12 respiratory cycles.

Respiration and Mind Concentration The exercise needs nasal inhaling and mouth exhaling . Inhale during the process of withdrawing the left hand and stretching the right and vice versa and send qi slowly down to Dantian; exhale when the withdrawing and stretching are done to the utmost, while uttering "xu", scratching gently for once with the third segments of the ten fingers and concentrating the mind on the two palms. Effect

This form is for training qi in Sanjiao (three warmers). Qi activities are most sensible in the Lung Channel, Gallbladder Channel, Liver Channel and Dai Channel (Belt Channel). Qi falls down into Dantian during inhaling, and during exhaling when "xu" is uttered and the scratching movements are carried out, the practitioner may feel that qi rises vividly to his palms, —198—

giving the point Laogong (P 8) and the fingertips an electricity—discharging sensation. One may feel that all his channels are governed by the Dai Channel, and the waist and abdomen are circled by something as soft as silk. This kind of feeling is beyond description but can be perceived automatically through long-term practice.

The form is essential for training, guiding and emitting qi with pushing, pulling, rotating and leading manipulations and spread-claw and flat—palm hand gestures.

Squat with feet apart to incline forward, Make the right leg an arrow and the left a bow. Hold up the head and chest to prostrate forward, Raise the hips towards the sky up and down. Inhale and exhale the breath is evenly regulated, Touch the ground by fingertips in support. Lower the waist and back to flutuate, And withdraw the legs to resume upright standing. Posture and Essentials

Proceeding from the last stance. Shift the body weight to the right leg, lean the left knee against the right and place the arms sideways. Make a step forward to the left with the left leg to make a forward lunge. Simultaneously stretch the hands forward to set the fingers on the ground, with the palms suspended (beginners may set the palms on the ground instead) and head raised slightly [Fig. 4—19(1)].

Withdraw the left foot and rest its back against the right heel [Fig.4—19(2)]. Do a push-up first and then lower the body and withdraw the ^buttocks slowly, with the eyes looking straight ahead, the waist relaxed and the arms stretched like a tiger ready to pounce on its prey [Fig. 4-19(3)].

Fig. 4-19 The Hungery Tiger Pouncing on Its Prey

Hold up the head, prostrate the chest to about 4 cun from the ground and get the head, waist, buttocks and extremities moving forward up and down like waves. Assuming a tiger ready to pounce on its prey, get the two eyes looking ahead. Throw out the chest a little when the arms are straight and withdraw it when the arms are bent. Do this repeatedly 8 or 16 times (beginners may do it 1 - 3 times) and return to the left forward lunge.

Draw the right foot back to stand upright. The left foot takes a step forward to the left to make a left forward lunge. Do right the same mentioned above. Return to the posture of the left forward lunge and then to the standing posture with feet shoulder-width apart.

The exercise requires nasal inhaling and mouth exhaling . When the two palms are rested on the floor in a forward lunge, regulate the breath evenly When doing the push-up, inhale when the body is raised and exhale when it is lowered. And inhale when withdrawing the body and contracting the abdomen with eyes looking forward as if going to pounce on something. Qi is sent along the Ren Channel down to Dantian. Exhale when the body is sent forward to get qi to rise along the Du Channel.

This form is, in a low position of the body, to facilitate q circulation along the Ren and Du Channels as well as tht Twelve Regular Channels. Long-term practice of it may result in maximum activation of qi in all the channels and collaterals, or in other words, a climax of qi circulation that should be ac-

quired in the practice of Sinew-transforming Exerccise. At this stage, the practitioner may firstly feel qi in Dantian substantial and the back and shoulders hot. Then he may feel qi circulating all over the body. Following various movements and the inhaling and exhaling, qi circulates with Ren and Du Channels as the hub throughout the whole body, making the practitioner sweat slightly and feel indescribably comfortable and relaxed.

This form is very important for training the skill of pushing, pulling, rotating and leading manipulations needed in flat-palm, spreading-claw, one- finger-meditation, dragon-mouth and sword—fingers hand gestures.

Hold the hind head with the palms and bend the waist low,

Bring the head between the legs with teeth clenched and mouth closed;

Rest the tongue gently on the palate and bend the elbows,

Cover the ears to strike the heavenly drums,

As if an orchestra plays the eight tones.

First, proceed from the last stance. Stand upright with feet apart as wide as the shoulders.

Then, after striking,with hands still holding the head, bend slowly down as much as possible to get the head between the legs, with the legs straightened, the waist and buttocks relaxed, the tongue rested on the palate and the teeth clenched. Take a view of the horizon for a moment through the interspace between the legs [Fig. 4-20(2)].

Finally, rise to get the body upright and beat the "heavenlydrum" again. Do this 14 times. Then return to the upright standing posture.

This form is the transition to the ending of the whole series of Sinewtransforming Exercise. So far qi has circulated all through the Fourteen Channels (the Twelve Regular Channels plus the Ren and Du Channels) and finally runs to the channels jf Foot-Shaoyang and Foot-Jueyin, still with the Ren and Du L hannels as the hub of qi activities. The experienced practitioner may feel at this time the whole body light and relaxed, his mind sober and his sight and hearing refreshed. 14. Form Twelve Head and Tail Wagging Pithy Formula . Straighten the knees, stretch the arms and push the palms to touch the ground, Widely open the eyes, turn the head and focus the attention to be profound, Erect the body, stamp the feet, stretch the arms and swag for 7 rounds, And when this supurb exercise is practised, Disease would be prevented and life would be prolonged. Posture and Essentials

Proceed from the last stance. Push the hands forward from the back of the head. Keep the arms stretched at shoulder level.

Then cross the ten fingers with palms facing floor. Withdraw the palms slowly towards the chest until they are two fists away from the chest, then push them downwards till the palms reach the floor, with legs straightened. Push towards the —204—

middle, the left and the right once each, with the head nodding accordingly (Fig. 4-21).

middle, the left and the right once each, with the head nodding accordingly (Fig. 4-21).

Do natural respiration during practice. Keep the mind on the centre of the palms while pushing the palms to the ground, and on the tip of the nose while standing straight.

This is the last and ending step of Sinew-transforming Exercise. The methods of it seem simple, however, it can regulate qi activities of the total of twenty channels of the body. The practitioner may feel extremely relaxed and comfortable after practice. 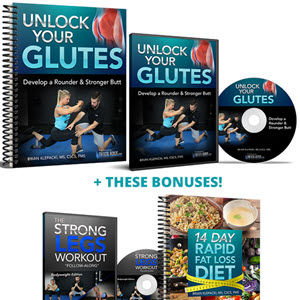