When you have relaxed your body to the stage of regulating without regulating, then you should pay attention to the breathing. Breathing is considered as the strategy in Qigong practice. When the breathing methods are correct, the mind can lead the Qi efficiently and effectively. Therefore, Qigong breathing methods have been studied and practiced since ancient times. In many cases, the methods were kept top secret in each style. For example, "Embryonic Breathing" (Tai Xi, J&.t-) is the crucial key to storing Qi at the Real Lower Dan Tian (Zhen Xia Dan Tian, jfcT^® ) However, the actual training techniques have only been passed down orally. Since breathing is the main subject of this book, I will explain in more detail the general concepts of regulating the breathing, including its purpose, theory, and some techniques in this section.

Purposes of Regulating the Breathing

1. To take the oxygen in sufficiently and smoothly, and also to expel the carbon dioxide efficiently. Approximately one trillion (1012) cells die every day in a healthy person.19 In order to slow down the aging process, the same number of new healthy cells must be produced each day. We also know that oxygen is one of the necessary elements in the production of the new cells. Without ample supply of oxygen, the new cells constructed will be deformed or unhealthy. In addition, dead cells in the body must be excreted to prevent problems in the body. The whole job of supplying sufficient oxygen and bringing out the dead cells (i.e. carbon) falls to our respiratory system. Therefore, if you are able to inhale and exhale deeply, you will have reached this goal which allows the smooth replacement of the cells.

2 To serve the strategic purpose in Qigong practice of regulating the body's Yin and Yang. It is well know that breathing is Kan (water, ifc.) and Li (fire, ^), and able to adjust the body's Yin and Yang. Inhalation can make the body more Yin, while exhalation can make the body more Yang. Therefore, the methods of how to breathe correctly have become one of the major subjects of study in Chinese Qigong society.

3. To coordinate and harmonize with the body, the mind, the Qi, and the

Shen. Since breathing is one of the five important regulatings in which a Qigong practitioner must reach a profound level of practice, it plays an important role in coordination and harmonization. For example, concentrating during a deep profound inhalation can make you more calm and the Shen can be more condensed. If you focus during exhalation, the body's energy can be raising, the mind will be more aroused and Shen can be raised. In addition, with correct breathing, the Qi can be led by the mind to the desired place more efficiently.

First let us analyze how Qi circulation relates to your breathing. As mentioned earlier, there are eight Qi vessels (Mai, ) which function like reservoirs, and twelve primary Qi channels (Jing, If.) which function like rivers in your body. In addition, there are millions of tiny secondary channels called "Luo" ($§-) branching out from the twelve channels to the surface of the skin to generate a shield of Guardian Qi (Wei Qi, #tH) This Qi is responsible for hair growth and for defending against negative outside influences. These tiny channels also enter into the bone marrow (Sui Qi, ftH) (i.e. Marrow Qi) to keep it healthy so the blood cells can be produced properly.

As you get older, the length of your breath becomes shorter and shorter, and less Qi is led to the skin and the bone marrow. The Qi starts to stagnate in the skin and the bone marrow, and the skin starts to wrinkle, the hair turns gray or falls out. In addition, fewer blood cells are produced, and these are not as healthy as those produced when you were young. Since the blood cells carry nutrition and oxygen to the entire body, problems start to occur. In other words, you get sick more often, and start to age faster.

You can see that the first key or secret to maintaining your youth is learning how to regulate your breathing. This enables you to control Kan and Li, and consequently the Yin and Yang of your body. Next I would like to summarize how these Kan and Li affect the body's Yin and Yang.

Figure 1-23. The Expansion and Condensing of Qi during Breathing

Yin and Yang are relative, not absolute. After defining a reference standard or level, they can then be compared with each other. Yin: Cold, Calm, Physical Body Relaxed and Qi Body Energized. Yang: Hot, Excited, Physical Body Tensed and Energized.

"Normal Breathing" is also called "Chest Breathing" (Xiong Bu Hu Xi, ) in which the breathing behavior is normally controlled by emotion. First you should learn how to regulate your normal chest breathing, inhaling and exhaling smoothly with the lungs relaxed. The mind must concentrate on the practice until it is neutral, calm, and peaceful. Then you will find that the breathing can be long and deep and the body can remain relaxed. When you have done this, the heart beat will slow down. You may practice in any comfortable position.

You should practice until the "real regulating" has been reached. "Real regulating" means "regulating without regulating" (fe^ft M iM ) When this happens, you will be practicing your breathing all the time since you have built up a natural habit for your breathing. You should understand that the most powerful and the best result of Qigong practice is to bring the practice as a habit into your life-style.

"Normal Abdominal Breathing" is also commonly known as "Buddhist Breathing" (Fo Jia Hu Xi, After you have completed the above training, you then learn how to control your abdominal muscles and coordinate them with the breathing. When you inhale, it expands, and when you exhale, it withdraws. You should practice until the entire process becomes smooth and the entire body remains relaxed. Naturally, your mind must first concentrate on your abdomen at the beginning in order to control the abdominal muscles. After practicing for some time, you will find the entire breathing process becoming natural and smooth. This means that you are now ready to build up Qi at the Lower Dan Tian (Xia Dan Tian, T^®) (i.e. Qihai, Co-6, ^ )

Once you have reached this level, you should then coordinate your breathing with the movements of your Huiyin (Co-1, itfe) (Perineum) and anus. When you inhale, relax the Huiyin and anus, and when you exhale hold them up (Figure 1-24 ) Remember, you are gently holding up the Huiyin and anus, not tightening them. When you hold them up, they can still remain relaxed. If you tighten them up, you will impede the Qi circulation. When you tense them, you also cause tension in the abdomen and stomach, which can generate other problems. At the beginning, naturally you will need to use your mind to control the muscles of the abdomen. However, with practice, you will realize that your mind does not have to be there to make it happen. That means you are regulating it without regulating. When you have reached this stage, you will feel a wonderful comfortable feeling in the area of the Huiyin and anus. You will also feel that the Qi is led more strongly to the skin then when you did Chest Breathing. It will feel as though your entire body is breathing with you. 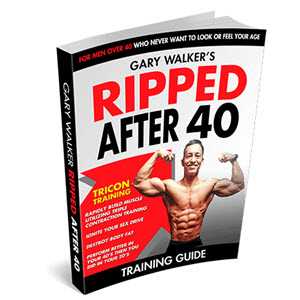