Qi (Ch'i) the "vital energy," or the energy of life. In Chinese thought, a very real energy associated with life, health, and strength, and the foundation of all Chinese medicine. For thousands of years, Chinese doctors studied the effects and movements of qi, and over centuries of study, acupuncturists determined what they believe are the precise channels and nexuses of qi flow.

Neigong (Nei Kung) refers to any exercise system which develops the body internally, whether for its own sake, or as wushu, a martial art.

Qigong (Ch'i Kung) refers to any exercise system aimed at increasing the flow of qi, for health, healing, spiritual benefit, etc. It does not usually refer to the four "soft" martial arts which developed in China to use internal qi in self-defense:

Wushu is now the preferred term for martial art. Gongfu (Kung Fu) technically could mean any discipline of any kind, so wushu is a far better term.

Internal Martial Art, or Internal Wushu refers to martial arts which depend more upon a relaxed direction of internal energy and manipulating the opponent's momentum. This may range from using qi in palm strikes and punches, to incredible grappling and throwing ability, where qi is used to "root" oneself and take advantage of an opponent's unbalanced qi. These are also sometimes called the "soft" martial arts.

Aikido, "Way of Harmonious Energy" the most popular "soft" martial art practiced as such.

Aikido, "Way of Harmonious Energy" the most popular "soft" martial art practiced as such.

Without a doubt, the forms of taiji are the most widely practiced aspect of any martial art in the world today, although the vast majority of its practitioners do them as a qigong (qi exercise), not as a martial art. When it comes to an internal martial art being learned fully as such, aikido is undoubtedly the leader. The "form," the set movements that immediately come to mind when one thinks of "Taiji," are only one aspect of Taiji as a martial art. Full training in a taiji style also includes qigong practice, "push-hands" training (two-person exercises), teaching of martial applications and/or sparring, and weapons forms (Broad sword, taiji sword, staff, etc.) Some styles, have their own distinctive qigongs, like Chen style's chansijing or "silk-reeling exercises."

One reason martial applications of taiji are comparatively rarely taught seems to be that the patriarchs who developed the various styles felt more comfortable sharing the solo practice forms more widely than the martial aspects of the art. The learner still would "get something," but the teacher could rest assured that he had full control over who knew his techniques. Zheng Manjing (Cheng Man-Ching) was largely responsible for bringing taiji to the West, but taught only one form, (his modification of the Yang form) exclusively. After a year or so, he might allow a student to begin "pushing hands." Martial applications were only lightly taught, and qigong was nearly, if not completely, ignored. A huge number of American teachers learned from him or from those who did learn directly from him, and while popularizing taiji tremendously, this caused the American experience of taiji to be truncated.

Not that China actually has fared much better. The People's Republic created a simplified Yang form (and later several composite forms) for the masses to practice as an exercise. Literally tens of millions of Chinese practice taiji forms daily. Only a small percentage know how to use it in self-defense.

Recently has that been changing. Now there are numerous schools throughout the world that rightly see taiji as a martial art and offer the full experience of it to their students. In China now, many masters are proficient in as many as 100 forms. The myth of a perfect, sacred form appears to be dying.

Why did aikido fare better in being taught intact consistently? Perhaps because of some advantages in its creation. Instead of being handed down within several secretive patriarchal lines in a feudalistic society, It was created by one man, Morihei Ueshiba, in the twentieth century, as a gift to world. Since he alone created it, he also was able to insure (at least until his death) that it would always be taught with a strong spiritual emphasis of joy and love. Ueshiba was fond of saying that the spirit of aikido was the loving protection of all living things. Good taiji teachers have the same attitude. 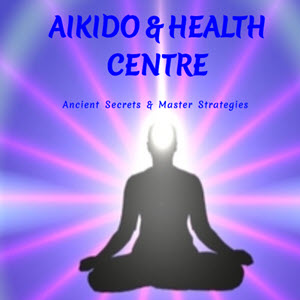