Love of the Lotus 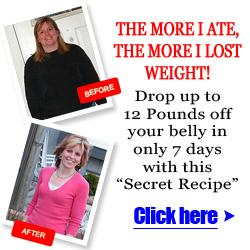 It is no accident that in traditional Chinese painting the lotus (hehua or lianhua) is the symbol ofsummerand, as such, a common subject. Lotus grows in shallow troughs, the roots embedded in the silt that lines the bottom. By May/ June the stems (hegeng) of the lotus plant have risen to the water's surface. As the weather gets hotter the leaves uncoil to form giant green umbrellas. When water lands on a lotus leaf it skits across it like quicksilver, often collecting in small pools in the centre of the leaf from which dragonfly (bright red ones where we were) drink. A few days later the green flower buds develop petals that gradually transform from light green to pink. By early summer the lotus flowers are at their most vibrant, poking like small flames through a solid sea of green. The almond shaped petals close at night and reopen to greet the light of the morning sun. In midsummer, when the flowers wither and fall, they are no less extraordinary, leaving behind a funnel shaped seedpod that stores 10 to 30 elliptical lotus seeds.

Mirroring the spread of Buddhism, the lotus root (called ou in Mandarin) came from India but has been used by Chinese people as food and medicine for many centuries. This seems to have been a pretty smart move as recent scientific studies confirm the root (actually a rhizome) is rich in dietaryfibre, vitamin C, potassium, thiamin, riboflavin, vitamin B6, phosphorus, copper, and manganese and very low in saturated fat.

It is not only the roots that are edible, so are the shoots, stems, flowers, seeds and young leaves. Young lotus shoots are eaten in spring and are delicious while the fully grown 'rhizome nodes', or 'roots' (oujie), are a solid starchy staple that lend a sweet and crunchy texture to any dish. It can be eaten in chunks in soups, stews and hot pots as it absorbs the richness of other ingredients such as fatty meat; it can also be cut into thin slices and used in stir-fry or deep-fried in batter. The mature root resembles links of sweet potatoes or a string of giant sausages but when cut the roots reveal a pleasing lacy design. This design is caused by several large air pockets that run the length of the tuber for buoyancy in water and I noticed that it had been replicated in the design of coal briquettes (made from compressed coal dust) to allow a flow of air through the stove.

The flower petals are sometimes used for garnish, while the larger leaves (heye) are used as a wrap for food. Enfolding a chicken in lotus leaves, then encasing it in pond mud or clay before cooking it, is the famous Beggar's C hic k e n whic h h as now be c om e a

"Mirroring the spread of Buddhism, the lotus root (called ou in Mandarin) came from India. "

famous restaurant dish. More commonly you may see it used as a wrap for sticky rice.

The seeds or nuts (called lianzi) are also used to garnish dishes or even eaten as a snack on their own, raw (when fresh) or dried and popped like popcorn. The seeds are crystallised with sugar as part of Chinese New Year sweet offerings. They can also be boiled down until soft and made into lotus seed paste, one of the most common ingredients used in 'mooncakes' for the Mid-autumn Festival. Sometimes the seeds are

boiled with dried longans and rocksugarto made'tong sui' (sweet soup). The embryo (lianzixin, the heart of the lotus seed), is classified in TCM as bitter and cold and benefiting the heart; and the lotus, in general, is seen as having cooling properties.

The fact is, I did not eat many meals in China that did not involve lotus in one shape or form and that is due to the fact that while the shoots and seeds are seasonal the root is available pretty much a year round.

The use of the lotus is not, however, restricted to the kitchen. Even the dried seedpods are used; they have an extraordinarily interplanetary look and, when not being used on the set of Star Trek, are widely used in flower arranging.

The plant also has a symbolic function. Many flowers in China have their own folklore and the lotus is no exception. Every person brought up in China knows that the lotus symbolizes three things. One is: 'chu wu ni er bu ran' ('out of the mire but not polluted'), because the lotus grows out of mud and slime but its flowers form resplendent symbols of perfect beauty and purity. This, of course, is also the reason that the lotus is the symbol of Enlightenment; the Buddha is often depicted sitting on a giant lotus leaf or blossom (lianzuo). According to legend, he was born with the ability to walk and everywhere he stepped, lotus flowers bloomed. Furthermore, in China the world ruled by the Buddha is called 'lotus heaven' (lianjie) and monks' garments are 'lotus clothes' (lianfu). In ancient China funeral services contained various lotus designs, for example, the shoes of the deceased were often decorated with embroideries of lotus flowers, thus expressing the prayer that the deceased would swiftly move forward beyond the boundary of this world to heaven. The lotus is also a common motif in ancient Chinese poetry. Confucian scholar Zhou

"The lotus is also a common motif in ancient

Dunyi makes this famous statement about the symbolism of the lotus in Chinese culture:

7 love the lotus because, while growing from mud, it is unstained.'

The second refers to the lotus root: 'ou duan si lian'. Translated literally it means 'lotus cut silk connect', which actually means 'separated but still in each other's thoughts'. This idiom is used to express the sentiments felt when a couple are separated but still remain in each other's thoughts. In Wuhan they say when friends or lovers are together they should eat lotus soup because when you cut lotus and pull the sections apart you get these silk-like filaments that are still connected - in the same way that friendships and relationships affect us for life even though people may move far apart. I have also heard that the Chinese words for lotus root and the expression that means 'achieve more each year' sound almost identical and so it has become a traditional New Year's food.

The third relates to the lotus seedpod; inside the pod there are many new lotus seeds (lianzi), so for the Chinese this object represents luck and wealth. The phrase 'liansheng guizi ' (usually shortened to ' lianzi' as the character used here has the same pronunciation as the character for lotus seed) signifies people's great hope to have many sons, thus it has been the custom in Chinese society to give lotus seeds to a newly married couple. Another important character of lotus is that the seeds stay viable for centuries, even after over a thousand years of storage! The seeds have, therefore, been used as a gift to the aged to celebrate a long life.

This is an exercise specially designed to improve the sight and train and protect the eyes.