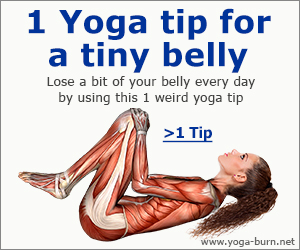 During the so-called 'primitive period' in China (10,000-3000 BC), the Chinese looked into the supernatural and mystical forces of the body. It is commonly thought that during this period the acupuncture meridians were slowly discovered, as were the many different herbs still in use today.

The acupuncture meridians were first used to open up the energy centres of the body for self-realisation, in much the same way that Indian yogis do today, but now acupuncture is used mainly for healing. Taoism flourished from about 300 BC until the birth of Christ. From Taoism we have received the great internal arts such as T'ai chi ch'uan, pa-kua chang, Taoist yoga and Qigong. These were all based upon 'doing by not doing'. This concept can be explained by comparing Indian and Chinese yoga. If both arts were practised side by side we would see that the India yogi (in most cases) would be performing more movement than the Chinese yogi. In actual fact the Chinese yogi would be doing more work than the Indian would by 'not doing'. The Chinese yogi would hold very difficult stances for long periods of time with little or no movement. These isometric postures were said to be able to send the energy around the body and open up all of the channels of ch'i or life-force when performed in conjunction with certain breathing techniques.

During the primitive period, the Chinese developed eight basic postures, most of which were in a squatting or sitting position. Around 200 BC, Bodhidhama or Ta-Mo, an Indian Monk, visited the Chinese temple at Shaolin, (Little Forest), and increased the postures to 18. He was also responsible for teaching the Chinese martial artists certain internal methods to increase the power of their art. Later the Chinese arts became more internal and the great arts such as T'ai chi were born.

As with Indian yoga, Taoist yoga deals first with the body and then with the mind and spirit, believing that we must have a healthy body in which to house the spirit. It is the physical postures that look somewhat like Indian yoga. The Chinese way is to develop flexibility adaptability and suppleness of the body as a whole. Taoist or Chinese yoga uses a form of internal massage called 'movement within stillness'.

The postures of Taoist yoga are held for long periods in order to toughen the body and mind as a whole. Discipline and emotional control are used to overcome the physical pain brought about from this method. Nowadays the basic principle is retained but [he postures are not held until breaking point and a softer attitude is adopted.

Each of these postures has a certain effect on the meridians and so affects each organ individually.

Photograph 27 shows the 'Sitting Duck Posture' which affects the stomach meridian by gently stretching it and then twisting it to cause further activation. This posture is used to help digestion disorders and flatulence. It also gently stretches the upper leg ball joint ligaments and muscles. The posture is held until a mild shaking occurs. Do practise gently at first, and if you are elderly be very careful not to hold the posture for too long as leg pain can occur if the ligaments are very out of condition. The breathing is deep but not forced, and the head is straight and relaxed. Photograph 28 shows the 'Leopard Posture' and affects the spleen. It is useful for treating cold hands and feet, and also tones the entire lymphatic system. Keep relaxed into the posture.

Photograph 29 shows the 'Dragon Posture'. This affects the stomach and kidneys and generally tones up the muscles of the whole body. Photograph 30 shows the 'Dragon Extension'. Breathe in just before going on to the extension and breathe out when finished. This is also good for eliminating fear.

Photograph 31 shows the 'Chicken Posture'. This posture acts upon the gall bladder and large intestine and should be held until a mild shaking occurs. This is especially useful after eating too much animal fat and shoulder pain occurs. You might also take a glass of water to which some pure lemon juice has been added, to help break down the animal fat. This posture is also good for bowel problems.

Photograph 32 shows the 'Turtle Posture'. This posture affects the heart meridian and is very good at keeping anger at bay It is also good for insomnia caused by 'fire in the heart'. People with heart troubles should take it easy with this posturePhotograph 33 shows the 'Bat Posture'. This is good for the central nervous system and works by gently twisting the spine. It is also good for developing leg muscle tone. The posture should be held for about 30 seconds to one minute.

The 'Wild Horse Posture' is seen in photograph 34. This posture is said to act upon the lungs because of the type of breathing used with it. While standing in this posture expand the lungs by inhaling then exhale with great force as you say 'Tssss'.

All these postures will have an almost immediate effect, so as with all exercise, take it gently and experiment with what you can or cannot do.

If you're set on loosing weight and becoming more flexible with yoga. Then this may be the most important letter you'll ever read! Who Else Wants To Quickly Get Into Shape, Loose Weight, And Become More 'In Tune' With Your Mind, Body And Spirit In Just 5 Days? It doesn't matter if you've never exercised a day in your life, or your the most fit person in the world... This Yoga guide will help you not only get MORE fit, but make you feel more energized after each workout!