The Nationalist Chinese withdrew to Taiwan in 1949 with the Communist Chinese army at their heels. Traditional internal masters were not high on the priority list of those who would be selected to go to the island, especially since they lacked wealth and political influence. In the Nationalists' hasty (and ostensibly "temporary") move to Taiwan, priority was given to the politicians, the military officials, and influential persons from the mainland. High preference was not given to the older kung fu masters. Nevertheless, a few accomplished masters of the art were able to go to Taiwan. It is interesting to look at what they encountered on their new island home.

Becoming entranced by Western society, technology, and science, Taiwan has been closely allied with the West, particularly the United States, for many years. Chinese in Taiwan began to emulate Western dress, culture, and ideology. While Taiwan was becoming Westernized, herbalists, acupuncturists, and especially "superstitious" masters of qi were relegated to small side-street and back-alley shop operations, mostly frequented by the older generation. At that time and at least until the 1980s the majority of young people, especially the educated classes, regarded traditional Chinese medicine and especially anything about qi as superstitious. In the mid 1980s, only one medical school in Taiwan taught traditional Chinese medicine as part of its curriculum. The situation in Taiwan and Hong Kong was similar to the United States with respect to attitudes toward qi and internal power. To discuss qi was tantamount to discussing witchcraft or voodoo; it was not seriously discussed by "logical minded" and "educated" people. This idea continues to the present. As recently as 1992, Ken Fish, an American master of martial arts, discussed internal power (anjing) and the concept of hidden strength. According to Fish, internal arts training involves learning to control muscle groups "not usually thought of as being under conscious control." He interpreted advanced levels of hua jing as involving "the ability to subtly contract several large muscle groups in a manner almost imperceptible to one's opponent."34 This trend of minimizing the mystical or spiritual aspects of martial arts is now popular in many "internal" martial art circles.

The prevailing notion that anything involving the idea of qi was superstitious, a folk belief of a bygone era, is significant since qi was the cornerstone of traditional Chinese medicine as well as the basis of the traditional internal martial arts. Thus, teachers who taught about training the body's internal energy were most often dismissed as superstitious. I remember teaching courses on acupressure in the early 1980s and having to offer alternative explanations of how acupuncture and acupressure worked so as to make it palatable to Westerners. I referenced acupuncture and white-blood-cell-count studies, nerve blood supply theories and other "acceptable" Western "approved" explanations as a way to convince students that there was something to be said for acupuncture and Chinese medicine and that this healing art was not restricted to the confines of magic and superstition. In Taiwan few educated martial artists persisted in their study of an art that was not only based on superstition but offered, even after years of dedicated study, no promise of significant financial gain. A certain amount of intellectual ability, along with physical training, is required to master the subtle and esoteric portions of the art. Capable students who would meet this challenge (and whose families would permit it) were few.

Continue reading here: The validity of qi as a subject of study in the West 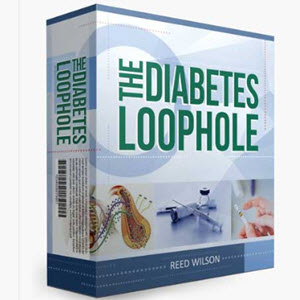